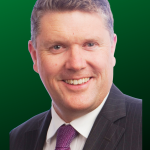 The Australian Landfill Owners Association’s (ALOA) has been operating for more than thirteen years, with our members accepting more than half of the waste landfilled in Australia and providing safe disposal services to the general public, local government, industry, mining and agriculture.

2020/21 continued to be a challenging year for both the landfill industry and all Australians, with the Covid pandemic and lockdowns persisting.

Despite the challenges, ALOA has continued to actively represent our members and the industry, working with all levels of government on key industry issues.  Our activity has included:

We attended ERF co-designed workshops, met with Ministers and launched a new category of Associate Membership to broaden our membership base.  We would like to thank and welcome Goldsmith for their membership.

The State Chapters have continued to represent members’ views on state-based issues.  Thanks to our State Chapter Chairs:

The ALOA Board is comprised of a dedicated group of members who have worked hard on behalf of members and the industry.  The board meets monthly to identify, debate and advocate on key industry issues.  I would like to thank the following Directors who served in 2020/21:

Directors for the year ahead

The term for an elected director is two years.  This year the two-year term expired for Wayde Peterson.  In line with the ALOA Constitution, we had a call for nominations and received two suitable nominations.

I am pleased to advise the re-election of Wayde Peterson (Shellharbour City Council) and the first time election of Marcus Geisler (EMRC).  Marcus is now an elected director. He was previously a skills based director appointed by the board.

On behalf of all ALOA members, I would like to thank my fellow Directors and our CEO Colin Sweet for all of their work during 2020/21.  We look forward to your continued membership and support to enable this important organisation to grow and thrive.