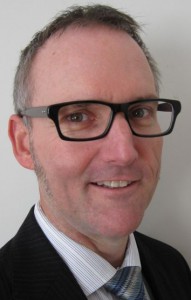 ALOA was incorporated in December 2008 and currently has members who own and operate landfills ranging from 15,000 tonnes to in excess of one million tonnes per annum.

Over the last 12 months we have consolidated after the appointment of our second CEO, Colin Sweet.

Following a call for nominations in November 2018, I am pleased to announce that the following members have been elected to the Board:

Darren is our second Director representing a Council since ALOA’s formation and will be a key asset to our Board and strategic focus.

I would like to take this opportunity to formally welcome Noni Shannon from Norton Rose Fullbright to the board.  Noni, a lawyer, was appointed to the Board in February 2017 as a skill-based director and is a great asset to the Board.

I would also like to thank Wayde Peterson, from Shellharbour City Council, who will continue to serve on the ALOA Board for the second year of his two-year term:

In closing with regards to Directors, I would like to thank the following two Directors who ceased their term on the ALOA Board during the last twelve months:

By way of background, directors are elected by you, the members.  Our Constitution stipulates that we have been 7 and 9 Directors and that they hold a two-year term.

This year five Directors were coming up to the end of their second year, requiring us to call for nominations for five Directors.  We received five nominations. In this situation, as the number of nominees equalled the number of vacant positions, no formal vote was required, and the nominees were deemed to be elected.  Each will stand for a period of two years, before being up for election again.

Skills based Directors, like Noni Shannon and formerly Elisa de Wit, are appointed for a term of one year and can be reappointed each year, should their skill set be required.

During the year ALOA has actively advocated on behalf of members, making representations and having numerous meetings with the Federal government on a range of national issues including:

The State Chapters in NSW, Victoria, South Australia, Western Australia and Queensland have undertaken projects to represent members’ views on state-based issues. Thanks to our current and former State Chapter Chairs:

State Chapters have engaged with their respective governments and regulatory bodies on key issues including:

As the only waste industry association genuinely recognising the importance of landfills and representing their interests to government, ALOA will continue to undertake strategic lobbying at both state and national levels.

We will also continue to actively engage in discussion with the federal government on carbon, to represent members’ interests.

On behalf of all ALOA members, I would like to thank my fellow Directors and our CEO Colin Sweet, who have served ALOA during the 2017/18 financial year.